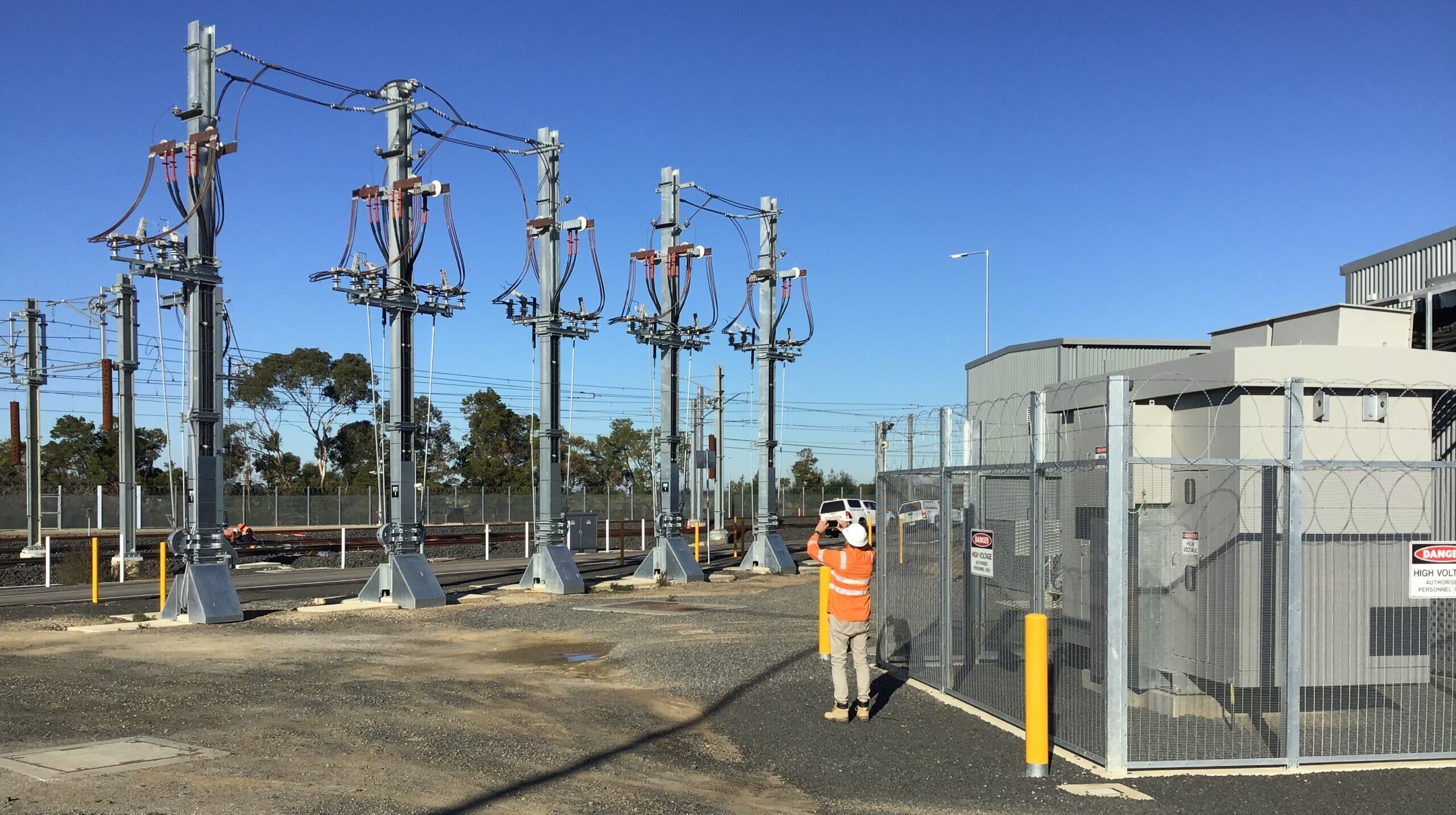 Measuring approximately 1.7km in length and spread over 118 hectares, the HCMT
facility contains a significant amount of new infrastructure.
Ten stabling roads and six maintenance roads (all electrified) weave between
administration, training and servicing sheds that have a combined roof area of
22,000 square metres.
To ensure that MTM’s Ellipse Asset Database was updated with the new
infrastructure records Agonics was engaged to capture extensive Signalling EACR
(Ellipse Asset Change request) data across the Pakenham site.

Agonics surveyors visited the HCMT site over a 3 day period and progressively
walked through each section of the facility, recording track and signalling data
according to the EACR protocol. The Agonics Collector in-field mapping solution was used to capture accurate coordinates and digital imagery of each asset along with serial number and manufacturer data.
The new HCMT facility contains a high volume of assets. Over 140 axle counters were mapped together with the geo-spatial extents of each track circuit. More than 60 turnouts and points machines were included in the survey as well in excess of 120 signals.

The HMCT site is also home to a number of special REB (Relocatable Equipment
Buildings) that host the interlocking and signalling communications equipment.
These were also visited by the Agonics team who captured REB data in
accordance within the EACR Facility protocol.
A 2 week process of data integration and QA was completed at Agonics offices in Collingwood where GIS (Geographic Information System) data was used to verify the topological accuracy of all spatial data. Unique photo IDs were embedded into the EACR data spreadsheets and all project data was delivered to the MTM completions team prior to upload into the MTM Ellipse system

• The Agonics approach resulted in a fast and accurate survey of track signalling
assets across a very complex site and to strict format and content standards
imposed by MTM’s Ellipse system.
• Agonics Collector software could be quickly configured to meet MTM’s
requirements across track, facility and signalling disciplines.

The project work flows that foresaw minimal time spent in the field
supplemented with office based processing helped lower OHW risks on
the project.