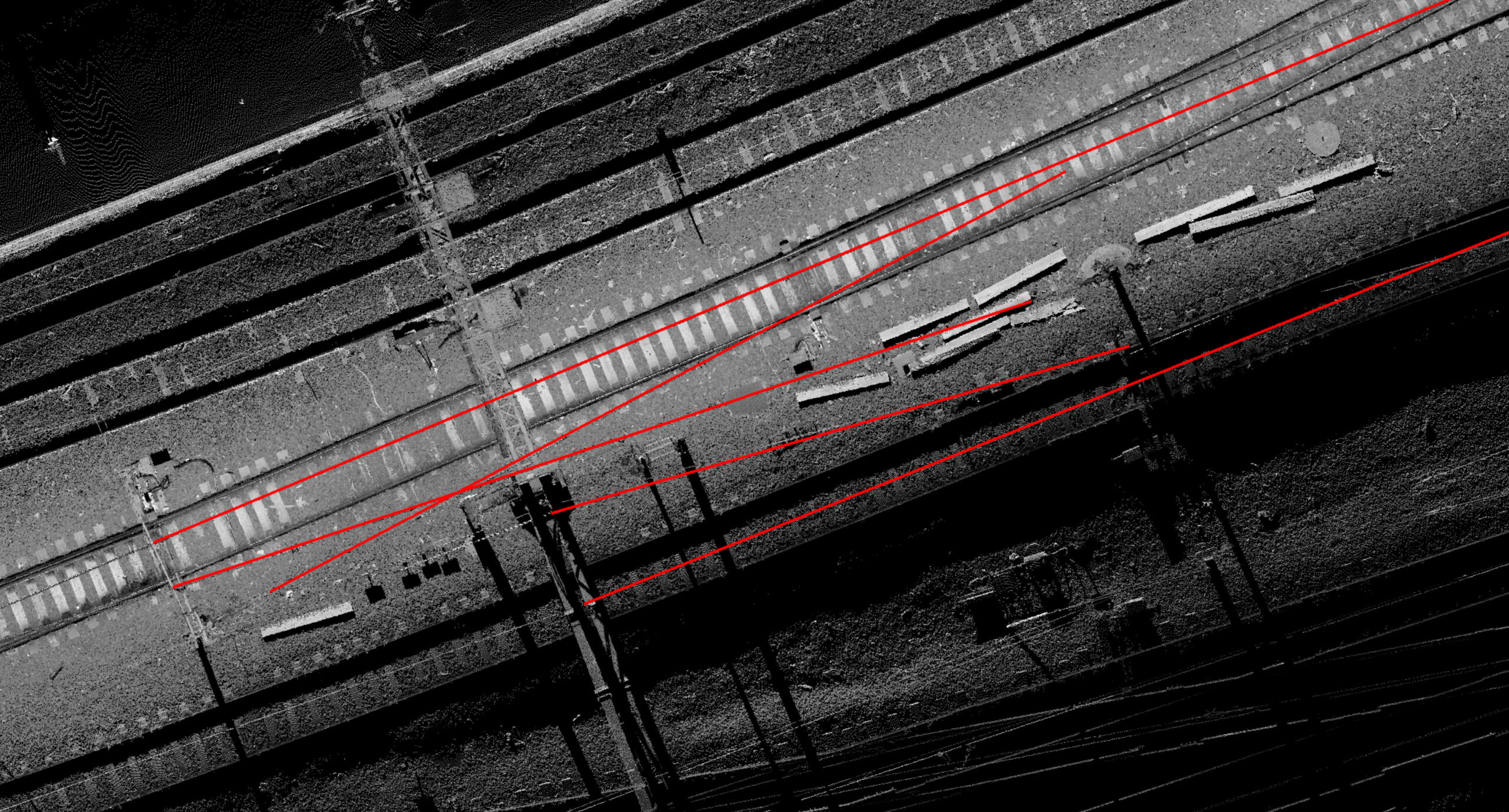 Metro Trains Melbourne (MTM) provides passenger services and infrastructure maintenance across the Melbourne electrified network servicing a city of 4
million people.
The age and type of rail assets serviced by MTM include a wide range of signalling and overhead wire (OHW) structures that needed to be adapted to meet current safety and infrastructure compliance standards.
Difficult site access within the rail corridor to measure structures prior to finalising a remediation design led MTM to investigate whether a digital track LiDAR
dataset could be used to plan activities without having to enter the rail corridor.

MTM had recently embarked on a LiDAR survey of their network with technology partner, Agonics. Due to Agonics’ experience and expertise with analysing and processing rail LiDAR datasets, MTM engineers approached Agonics to extract structural elements and overhead wiring feature strings as well as perform clearance measurements at specific structures at locations with high rail traffic volumes.

An existing hard copy inspection form used by MTM site engineers for structure assessments was provided to Agonics as a template for extracting digital measurements from the LiDAR point cloud. In this way the digital measurements could be matched to in-person observations. The team at Agonics generated accurate real-world point clouds from the track LiDAR data and set about identifying those trackside assets that needed to be assessed relative to the signal that was programmed for remediation.

Using its XERRA software, Agonics was able to extract railhead feature strings of tracks adjacent to the signal and the many overhead wires that passed in close
proximity to the signal were also digitised to allow MTM engineers to model wire sway as an input to the re-design of the structure.

Other trackside features such as pits and cable trunking that would impact on the design of signal structure elements including access ladders and landings were also modelled from the LiDAR point cloud and provided to MTM. A series of relative measurements of the existing structure including signal aspect height,
ladder slope and landing heights were extracted from the point cloud to round out the form requirements.
Updated inspection forms were provided back to MTM and feature elements were also supplied in microstation format for MTM designers.

• Data generated from a recent asset mapping LiDAR project undertaken by MTM was proven to have application across the business beyond the initial
project.

• The Agonics XERRA software allowed project surveyors and engineers to step through the LiDAR data and generate feature strings of linear assets including the overhead wires in proximity to the signal structure.