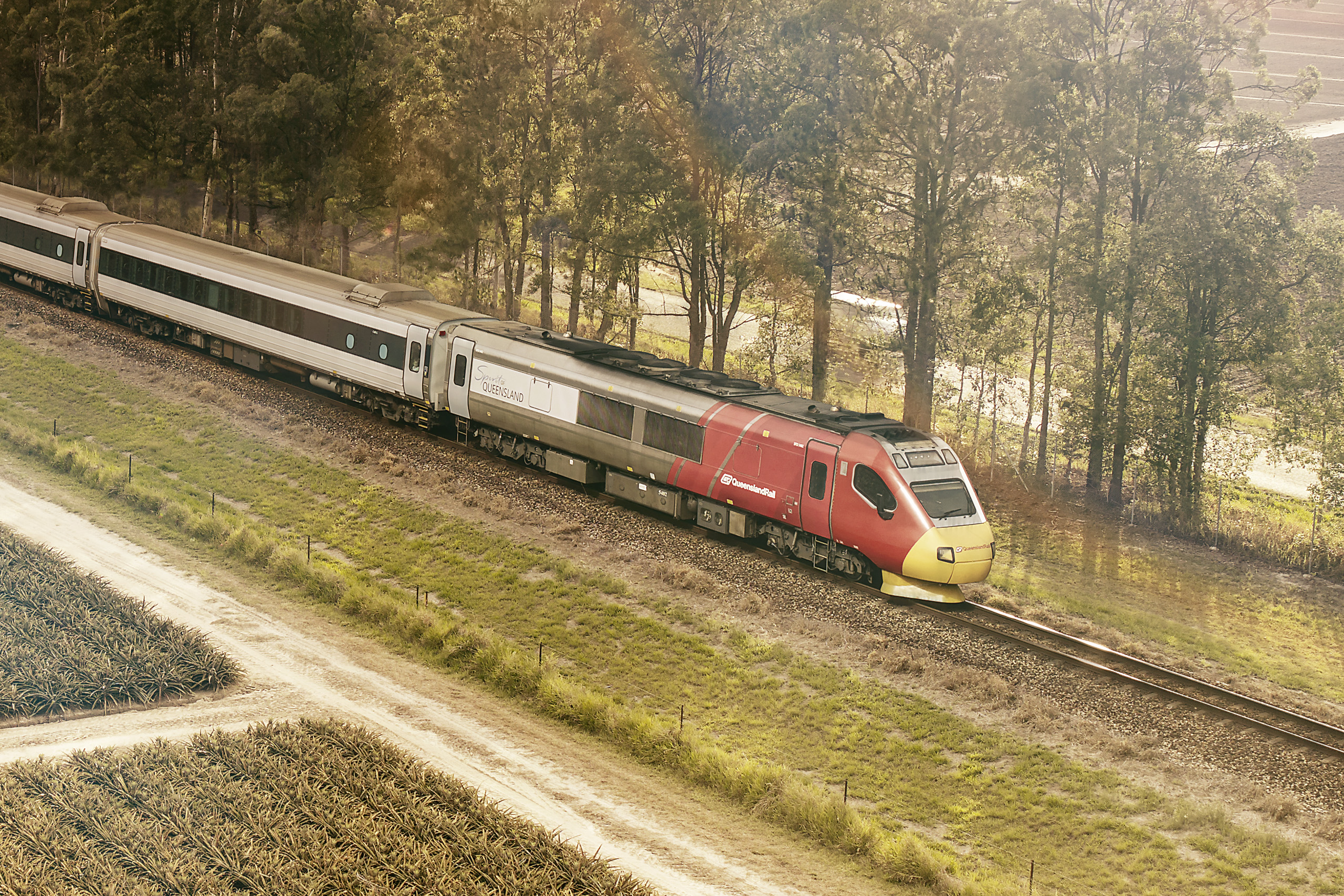 Queensland Rail (QR) operates an extensive narrow gauge track network
supporting passenger and freight services across more than 6,000km of track
network throughout Queensland.
QR Track and Overhead Engineering managers were exploring the potential for
over-dimensioned loads to be transported on the mainline tracks between Corinda
and Thallon; a distance of approximately 520km encompassing 650km of track including large sections of dual track towards the highly urban eastern edge of the network, as well as relatively steep sections of track with tight curves and tunnels through the Toowoomba Range.

The engineers required a Kinematic Clearance Assessment using two clearance profiles (RS1 and R3) each modified further to model additional horizontal, vertical and cant tolerances.
Recently recorded AIMS3D MLS (Mobile Laser Scanning) data captured and
processing by Agonics and Mondo Power was identified as an existing high
accuracy dataset that could be used to assess existing clearances on the corridor.

The LiDAR point cloud held within the AIMS3D solution was assessed by
Agonics as being sufficiently accurate to complete the clearance assessments.
The trajectory data that had been recorded during AIMS3D capture was first
processed to generate a track curvature database so that the correct envelope
expansions could be computed.
This section of the QR network presented several challenges to the processing
team including extensive stretches of long grass within the 4’ and track side
shrubbery that required close monitoring during the railhead recognition phase.
Additionally, a “low veg” qualification was applied to the infringement reporting
such that the more significant engineering structures that impeded the kinematic
envelopes were highlighted in the project reporting back to QR.

The Agonics XERRA software efficiently published classified point cloud results for visual checking and quality assurance as well as to further describe each
encroachment according to type. Numerous locations including Platforms,
Overhead Wire, Bridges and Cuttings were found to be within the project air- buffer limits. All such locations of interest were reported with GDA/MGA coordinates, track kilometrage, as well as the magnitude of each incursion.
The processing phase of this 650km clearance investigation using multiple kinematic envelopes was completed by Agonics and the XERRA cloud-based
software within 7 weeks.

• QR track and overhead engineers have a trusted database of clearance
incursions based on expanded kinematic envelopes.
• LiDAR data from a recent network campaign was proven to be re-usable and
demonstrated “repeat use” value to QR.

• By reprocessing LiDAR, QR was able to quickly pinpoint tight locations on the corridor without the need for extensive field survey.